So I’m feeling pretty proud of my son he found $20 on the ground at work the other night and instead of pocketing it as some of his colleagues suggested, he handed it in to the office.
This is the same boy that at the age of 3 walked out of a play date with another little boy’s toy matchbox car.

I remember threatening that the police would be coming to our house and I remember taking him back to that house and making him apologise as he handed back the toy car. I can also remember how worried and scared for him I was. How ridiculous to ever for a second think that he could be anything but perfect!! Sure the teenage years can be challenging, sure it sometimes feels like I am banging my head against a brick wall when I try to get through to him how important school is, but when all is said and done he was a beautiful cheeky perfect little boy at 3, and he has grown into an amazing young man now at almost 17. Yep I’m feeling pretty proud!!

Can’t believe it’s Friday and another week is over! One more week and it’s back to reality!
I love school holidays, don’t get me wrong, but now that the kids are older, the summer holidays seem to go on and on. It’s been almost 10 weeks straight, that’s nearly a quarter of the year. No wonder they are getting bored! There is only so much sleeping in and playing video games or watching YouTube that any teenager can do.
They don’t know it yet, but all the lounging around is about to end! This coming week it’s back to set bed times, getting books and bags ready and getting ourselves back into the routine of it all.

It’s not going to be easy making the transition, but it’s got to be done.

But for now there is still the weekend to enjoy. Have a good one everyone!

Sitting in the car waiting for my son to come out after his 4th shift at his first job ever, and I’m feeling a little anxious.He didn’t really want to go back to work today, not after Saturday’s shift when the grumpy manager kept telling him off. I’m hoping that either that same manager is not on night duty this week, or that he is in much a better mood and will cut him a little slack.

Guess we’ll see soon enough, 7 mins to go till the end of his shift. Fingers crossed we are back on track!!

I was feeling a little disappointed yesterday. My 16 year old son has started his first job ever, and although he was a little nervous initially and apprehensive, he was also excited and seemed so positive. Anyone who lives with teenagers will tell you that positivity is not something you associate with adolescence. His first two shifts were good and he seemed to be fitting in ok and really embracing work, but yesterday – day three – was not so good. The manager is apparently grumpy and was giving him a hard time – I tried to explain that this may just be his character and that he should not take his comments to be a criticism but rather as constructive feedback,but in his mind, the manager simply does not like him.I can’t help feeling a little annoyed at the grumpy manager -perhaps it’s just my protective mother instincts kicking in – but I really think he should be encouraging and not discouraging new employees. A few kind words of encouragement would do wonders I feel and make anyone try harder. You would think he would know that.

Feeling super proud of my son tonight!! On Friday we went around and he handed in his resume to various shops and today he received a call back from one of the department stores asking him to come in tomorrow after school with his bank account details and tax file number.
We are trying not to get our hopes up too high but that sounds to me like they want him to join the team!

It’s scary I know, but exciting at the same time. Even if it doesn’t work out and he doesn’t get this job, he will get another one and one thing is for sure he is going to be awesome in whatever job he gets!! 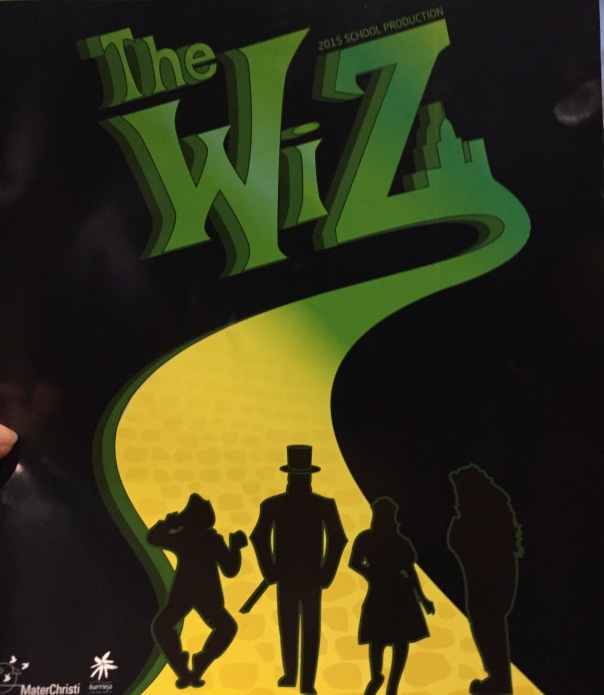 I’m feeling really proud tonight!! My beautiful princess appeared in her first high school musical tonight, and boy was it a fantastic show.

Madelyn was only one of four year seven girls to make it into the production which had a cast of 80, and after seeing the calibre of the performers tonight I can see why!!

After almost 8 months of constant rehearsals The Whiz finally opened to a sell out crowd!!
All the girls were fantastic!! The singing was spectacular!! The whole production was so professionally put together that it didn’t feel like a high school play at all!!

My baby was a star!! She appeared in three scenes and the closing scene and just lit up the stage!!

I couldn’t have been prouder!!

Well I did it!! I managed to get through a whole season as basketball coach!! My job is not quite finished our final game is on Saturday, but tonight was the final training session, and we had a fun filled hour and a half!!
Looking back I have to say that the season did not come without its share of challenges, but the positives have out weighed any negatives by far!!

I know that I will look back on my time as coach fondly and will treasure the memories that I have shared with my son and his friends.
There is a certain amount of pride and sense of self accomplishment that I can’t help feeling, that I’m sure will stay with me for a long while.